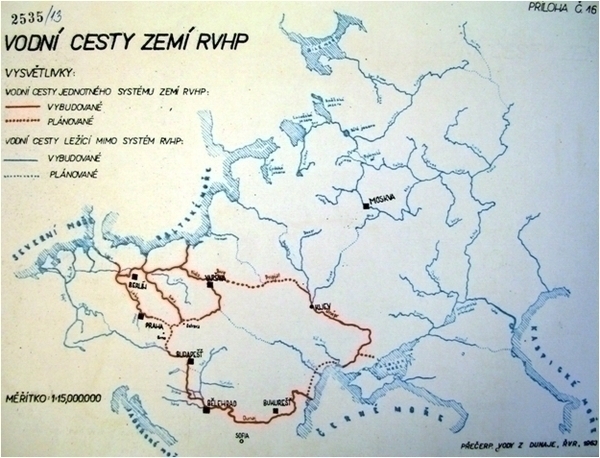 Appendix to the proposal for a transfer of water from the Danube to Northern Moravia. Ředitelství pro vodohospodářský rozvoj (ŘVR) presented the proposal to the Czechoslovak government in 1963. The material suggested that the planned artificial inland waterway connecting the Danube to the Oder could solve the water shortage crisis in the industrial region on the upper Oder. The map depicts a plan for waterway network developed by Comecon (Czech abbreviation „RVHP“), in which the Oder-Danube link played a crucial part: the full red line – existing waterways; dotted red line – planned waterways; full blue line – existing waterways outside the Comecon network; dotted blue line – planned waterways outside the Comecon network.

Rights
The National Archives of the Czech Republic