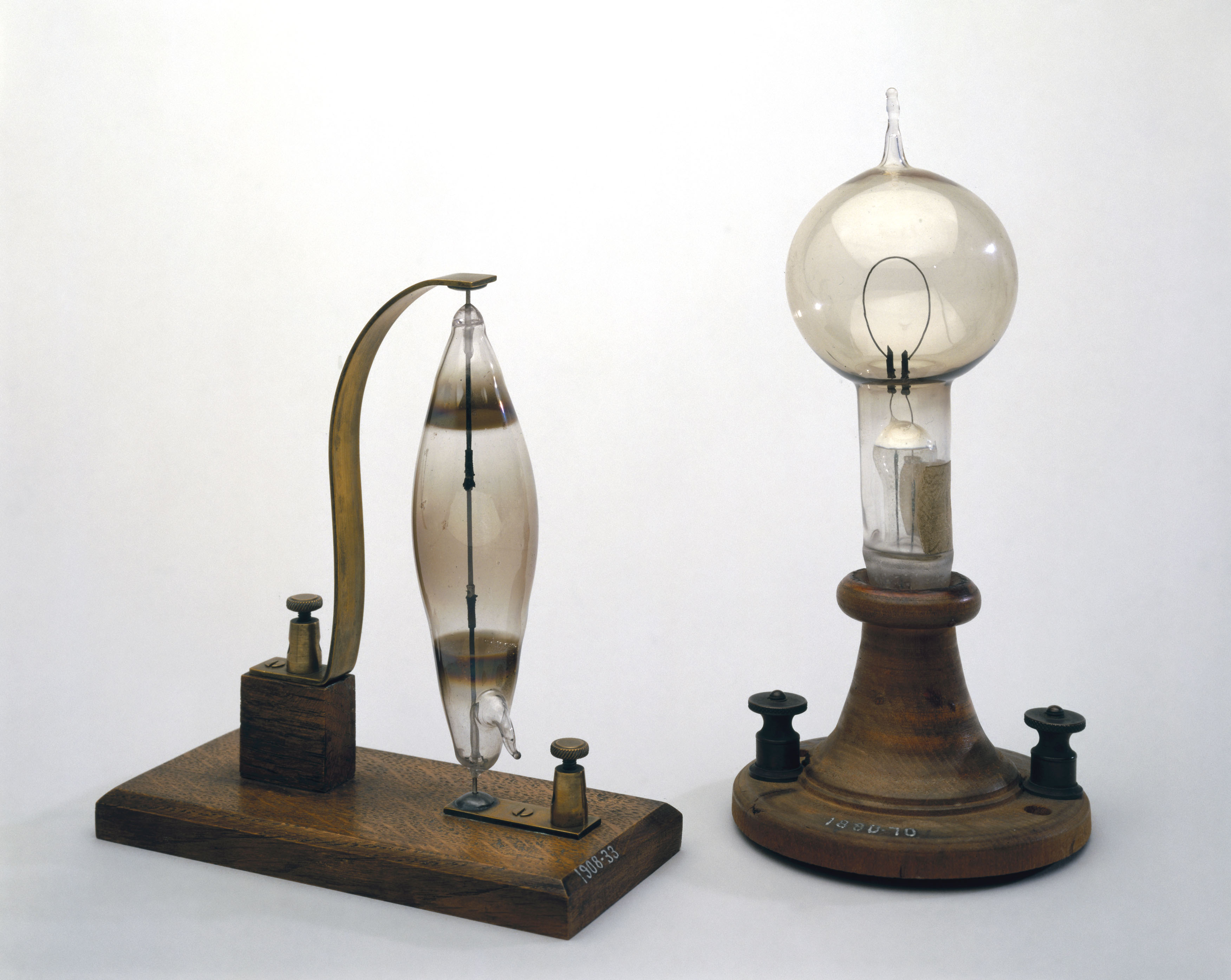 The early years of light bulb production saw intensive transatlantic and European competition, collaboration, and knowledge exchange. Patents were central to these processes.

Chemist Humphrey Davy demonstrated the first light bulbs at the Royal Institution in London in 1802 by sending electric current through a platinum wire. It did not give out much light and the wire burned out quickly. Thereafter, a series of European and American inventors dove into electric light research, which resulted in a series of patents but not in sellable products.

It was not until 1879 that the American inventor Thomas Edison and his British colleague Joseph Swan – independently – invented light bulbs that had commercial potential. They overcame the main technical obstacles by inserting carbon incandescent filament in a vacuum glass bulb.

Swan demonstrated his carbon light bulb on December 18, 1878 during a lecture in Newcastle, England. In 1881 he started the Swan Electric Light Company and began to commercially exploit electric light in the domestic sphere. One year later Edison’s British office took its competitor Swan to court because of an alleged infringement of American patents.

It was only when Edison’s position turned out to be weak that the Americans pushed for transatlantic collaboration, resulting in the Ediswan Company.