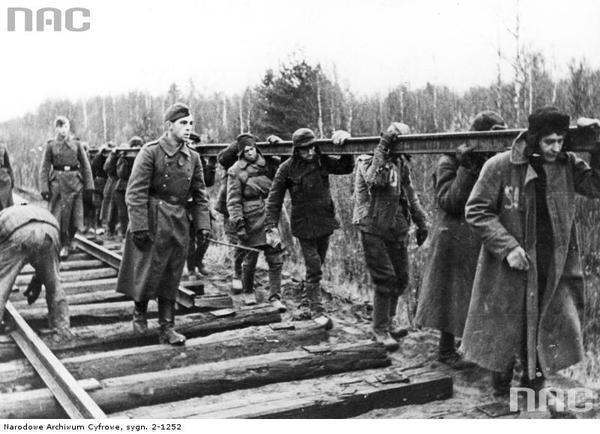 According to popular legend, and some railway historians, the Russians made their railway gauge 89 mm broader than the 1435 mm "Stephenson gauge" in order to thwart an eventual invasion. The First World War proved such hope to be futile.

In 1914 and 1915, the engineers of the German army advancing on Russian territory east of Warsaw found they could narrow the tracks very quickly by moving one rail nearer the other along the existing sleepers (the planks connecting the rails). If German troops had to retreat, they cut off the long end of the sleepers so that the broader gauge could not be restored without rebuilding the whole track.

After Poland regained its independence in 1918, all broad gauge railway tracks in former Russian provinces were narrowed to standard gauge. While the broad gauge was not a barrier for the enemies invading Russia, it slowed down the aid from the America Relief Administration sending food by train to relieve famine in the Soviet Union in the 1930s. The supplies shipped through standard gauge tracks in Poland had to be unloaded first and then loaded to Russian trains at a border station in Stolpce.

War made tracks where peace did not. When the Red Army annexed eastern Poland on September 17th, 1939, it rebuilt the main railway lines for its own broad-gauge rolling stock again. After the German armies invaded the Soviet Union in 1941, they changed the gauges back again.