The eve of instant food 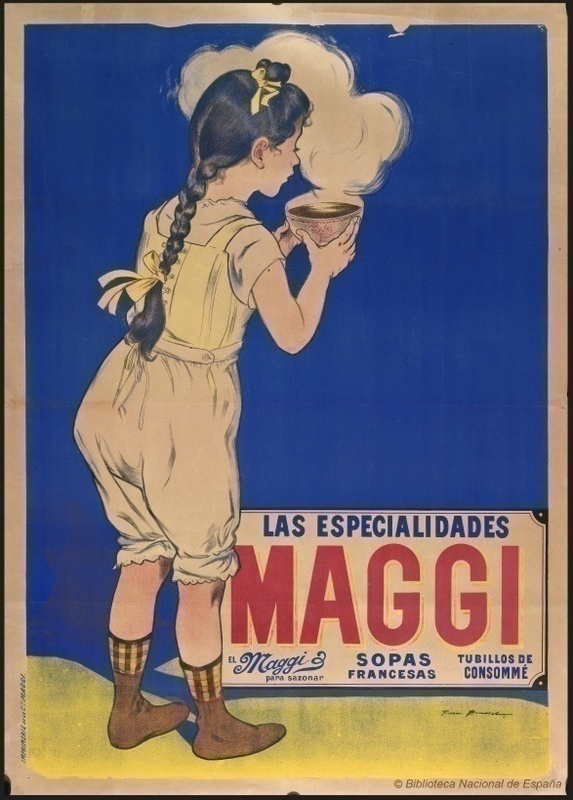 In the 1870s, Swiss industrialist Julius Maggi invented the first dehydrated soup. He aimed to provide nutritious and flavorful meals for working women who lacked the time and money to prepare home-cooked meals. His interest in improving lives of the working class was philanthropic in nature and was in keeping with his other efforts, such as such as building houses for workers.

In this sense, he was similar to Quaker capitalists like chocolate firms Cadbury and Rowntree in Britain, which saw their cocoa as a healthy alternative to alcoholic drinks. Later, Maggi developed liquid seasoning, which, partly thanks to its distinctive bottle, soon became the most recognizable food product in Europe.

In fact, it was one of the earliest European product brands. Maggi's company quickly became a very profitable industrial enterprise. The use of Maggi products was promoted by the Swiss Public Benefit Society (Schweizerische Gemeinnutzige Gesellschaft) and became a part of dietary habits in across Europe. Not all of his products were so successful. A protein-rich bean powder, for example, was largely dismissed as "poor man’s food."

How Maggi entered the European households