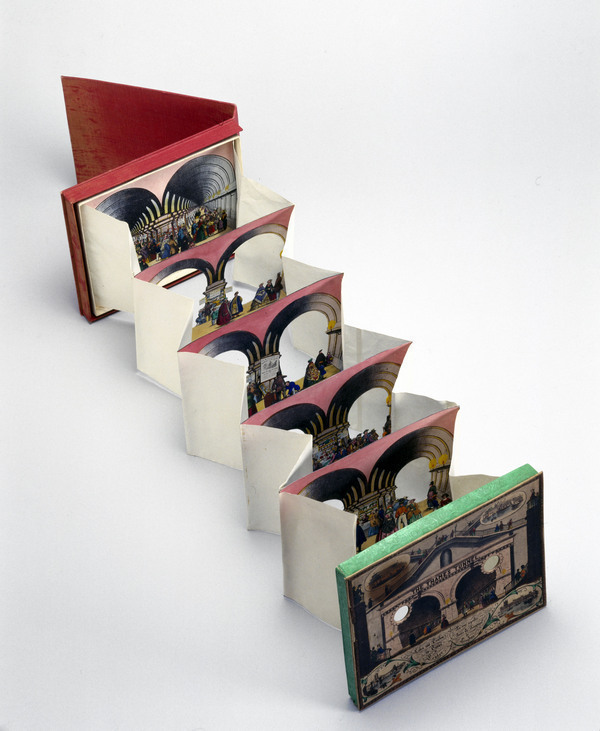 A world exposition was an excellent forum to present works of architecture and engineering, the magnitude and sometimes distant location of which meant they could only be represented through models. This tradition was probably inspired by James Wyld's monster globe, which was displayed at the London exhibition in 1851.

Although the model presented something natural, the Earth, it showed it in the most unnatural manner – the visitors looked at it from the inside. At the Paris exhibition in 1867, the working model of the newly completed Suez Canal attracted crowds of visitors. This was unsurprising given that they could see something they would never have experienced from the perspective of a passenger on a ship locking on the canal.

In 1873, at the Vienna exposition, one could visit the visualization of recent engineering marvel, the tunnel under Mt. Cenis. An evocative diorama in natural scale, with a locomotive emerging from a tunnel, gave visitors the experience of a locomotive engineer rather than an ordinary passenger.

Another, much more useful form of presenting the engineering works were what we would nowadays call "interactive" toys and souvenirs. Produced and sold in vast numbers, topical peepshows included a perspective view of interior of Marc Brunel’s Thames Tunnel, which opened in 1843.