Linking to the metropolis 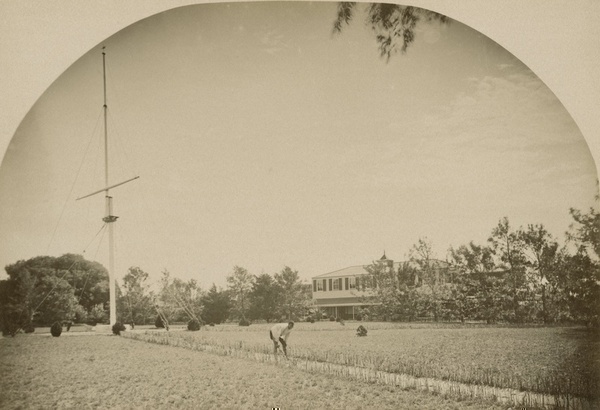 Telegraphic station at the end of submarine cable linking Portugal with Mozambique.

Telegraph cables between Spain and Portugal and their African territories were laid in second half of the nineteenth century.

This reflected the understanding of the governments of these countries regarding the importance of communication links with the towns that were for centuries considered part of Spanish territory. Melilla, for example, had remained interruptedly with Spain since the time of Reconquista in the fifteenth century, and Ceuta only for slightly less time, throughout which time they were under constant pressure from their neighbors.

The meaning of links with metropolis was fully demonstrated when Rif Berber troops laid siege to Melilla in 1893. All previous battles and wars with the Berbers had been regularly reported to readers in Spain by the press. This time, however, the new submarine cable linking Spanish port of Almeira with Melilla allowed nearly live coverage of events. This was an impulse to modernize the entire media industry in Spain.

For Portugal, it was challenging to establish and maintain communications with distant colonies in Africa. The submarine cable to Luanda in Angola and, circumventing Cape Town, to Lourenço Marques in Mozambique, were laid not much later than the one under the Mediterranean Sea. At the time, Europe couldn’t wire the earth any further than reaching the southern tip of Africa.

However, by means of radio stations mounted a the end of that cable, as in Mozambique, the European voice could be broadcast to the edges of the known world.