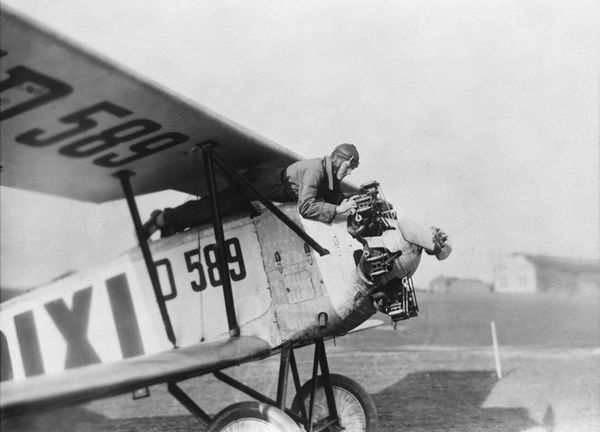 Automobile and airplane manufacturers often provided vehicles for such adventures as a means of using the colonies as a testing ground, and of course as publicity through published accounts of the journeys.

Drivers and pilots often named their vehicles, transforming them into travelling companions. For example, Amy Johnson's series of De Havilland planes were named "Jason" (after the family fish business), while Marga von Etzdorf's (1907–1933) bright yellow Junkers A 50 was nicknamed "Kiek in die Welt" ("Peek at the world").

People thought of pilots as soaring freely over exotic territories, but there were also more practical and mundane aspects to flying. Airplanes needed routine maintenance, which often fell to the pilot, especially when over remote areas.

Female pilots needed these skills as much as their male counterparts. German pilot Christl-Marie Schultes personally assembled the motor for a plane she intended to fly around the world (although the trip never happened). Such skills were also of vital importance, as aviation was both expensive and dangerous.

Many of the pioneering aviatrices, including Raymonde de Laroche, Amelia Earhardt, and Amy Johnson, died in airplane accidents.