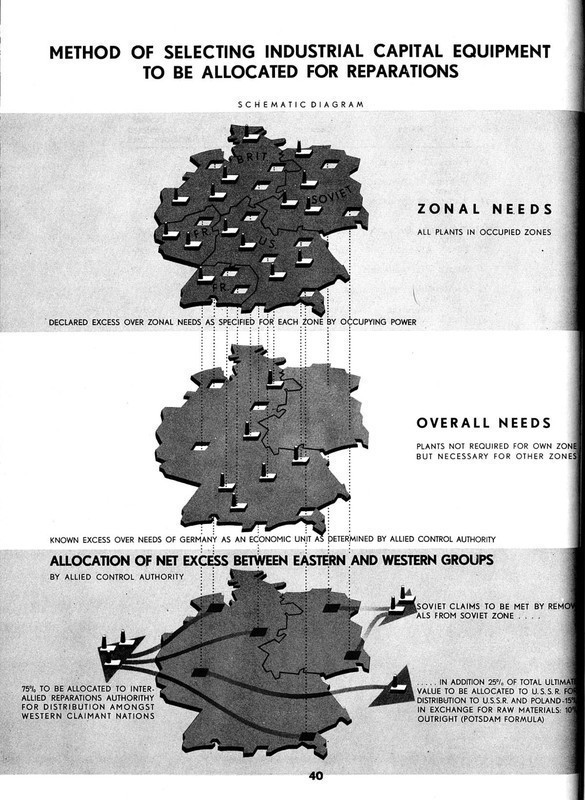 Method of selecting industrial capital equipment to be allocated for reparations

After the end of the Second World War, the eastern part of Germany became the Soviet zone of occupation. The Soviet authorities (like their Western counterparts, albeit to a lesser extent) planned to dismantle hundreds of industrial plants.

These were crated up and transported by rail to the Soviet Union. As a result, the Soviet zone in Germany lost eighty percent of its motor vehicle industry capacity, sixty-six percent of its optical industry, and fifty percent of its chemical industry, which had remained undamaged after the war. In the summer of 1945, the trains formed a hundred-kilometer queue waiting to be transloaded to broad gauge wagons on the Polish-Soviet border.

But technically advanced plants require skilled workers, which meant that, in addition to expert engineers, the Soviets also deported factory workers. In total, they planned to move 150,000 technicians and skilled workers to the Soviet Union. As one American officer reported in October 1946, some “10,000 German workers are on rails en route to Russia and 5,000 are already in camps awaiting transport.” Some signed contracts for several years' labor, but many went against their wishes.

The Soviets had to rush with those requisitions, for two reasons. Firstly, the more they took, the less could be requested by the Western powers as reparations from the Soviet zone. Secondly, such massive extraction of goods required an efficient transportation network, and they were also rapidly dismantling the railways.

By 1947, the Soviets had removed a half of the existing tracks in their zone, some twelve thousand kilometers.