Computer secrets leaked via the... radio? 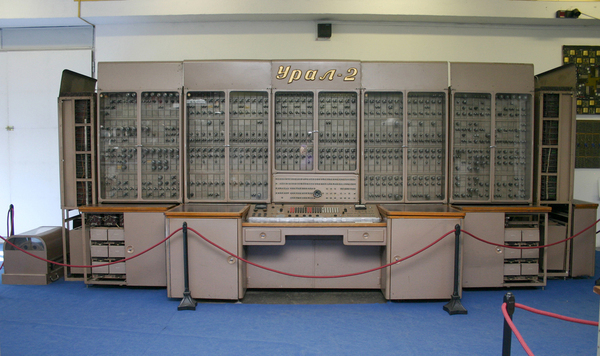 Although Soviet computer technology had been developed behind the Iron Curtain, it kept up with the main stream of computing.

Right from the start, information about computing developments came across the Iron Curtain from a number of channels, including espionage or purchasing and copying devices for demonstration. Even the first Soviet computer, "Strela" (Arrow), was only built after its constructor, Bashir Iskandarovich Rameyev, heard on the radio in 1947 that American scientists had developed ENIAC. Ironically, Ramayev heard this on a BBC broadcast, which was illegal in the Soviet Union at the time. In 1954, Rameyev was awarded the Stalin prize for his achievement, and he won a competition with another team to have the computer introduced into serial production.

Although only seven machines were built, they had an enormous impact, both practical and in terms of propaganda. Strela was used, among other things, to calculate the trajectory of Sputnik, the first Earth’s satellite. The machine had 6200 vacuum tubes and sixty thousand semiconductor diodes, and performed up to two thousand operations per second. As to its performance and quality, Albert Hall, research director of the Bendix Aviation Corporation, visited Russian’s first computer and described it as “very good, fast, well planned.”

In total, Rameyev and his team built fourteen different models, including the famous URAL computer family.