Europe goes up with a bang 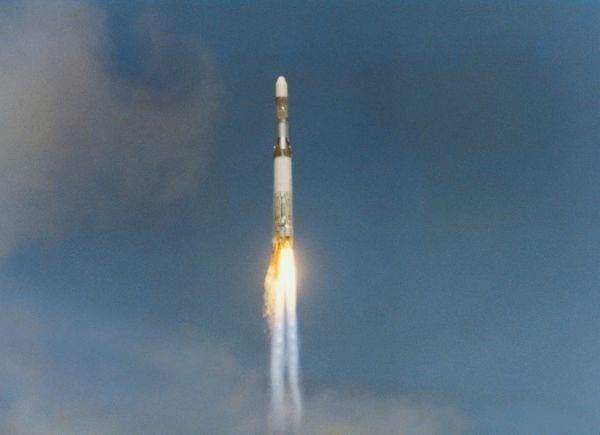 On November 5, 1971, Flight F11, the launch of the proudly-named Europa 2, took place at Kourou, French Guiana (South America) - and two and a half minutes after take-off, it exploded.

This multi-national product of ELDO was to be a sign of a "third power" in addition to the US and the Soviet Union in the Space Race. Ten previous flights had taken place between 1964 and 1970, but with limited results. This time as well, the first stage dismantled and the second and third stages exploded.

The committee that investigated the disaster issued a scathing report, revealing that the problem had not been with the individual parts, but with the way they were (not) joined together in the final design. The British contractor Marconi, which supplied the units for guidance, control and telemetry, as well as the computers to control the first stage of the rocket, provided no further information about the units.

The German team that mounted them in their "Astris" part of the module had no idea how the parts they were installing worked, and took no responsibility for their functioning. The ELDO program was cancelled shortly thereafter, in 1974. For the time being, until the successful start of the Ariane projects in 1979, European satellites would be launched by US rockets.